The article I read about India is about the virus relief package announced by the Indian Prime Minister, and the economic impact Covid-19 has had on the country. India already struggles economically as a whole, and the Coronavirus has hit the country hard. People are being forced to return to their homelands, and struggling to feed their families because they are out of work. The government is trying to work on giving aid to those people. India is hoping that the relief package will help people and that the virus will slow down so that people can return to work. 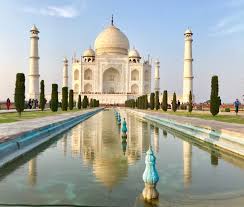 India is a really cool place! Here are some of the basic facts that I learned from my research. First, the population of India is quite large, sitting at 1.3 billion. It is predicted to surpass the population of China by the year 2028. Next, The capital city is New Delhi, which has 21.75 million people. Mumbai is the second largest most populated city in the country. It is a financial center and very densely populated. Mumbai is also known for being the heart of the Bollywood film industry. India has more than 20 official languages, but the two main ones are Hindi and English. Hinduism, Islam, and Christianity are the main religions. Some important historical dates to note are first 1600 bc, the British “colonize” India with the East India trading company. In 1858, the country comes under complete British rule. During 1920, Mahatma Gandhi began nonviolent protests which eventually led to India’s independence. India is a cool place and I am excited to continue researching it!

I loved this book! It was so fun to read, and it was a really quick and easy read, yet it still tackled some rough concepts. I loved the love story, and how simple and sweet it was. I hated some of the characters, and I kind of felt like there were some characters that came in and out of the story at random moments and I would forget they existed. The story of Zareena was sad but it ended happy, so it was really bittersweet. It made me angry that Farzana was so mean and controlling of her son. I feel like I understand Muslim culture and marriage traditions. I think that this was a really good book and I hope the author writes another one!

So basically at the beginning of the book, it gives an exposition of the two main characters. It sets up the setting and describes a little bit about the two people, Ayesha and Kahlid. The story switches point of view between the two of them. Ayesha is very independent and quite determined to just do her own thing, but she is really shy at the same time. Kahlid is also very shy, and just goes to work and tries to do his job and be a good employee. Both characters are Muslim and have an extremely strong devotion to family, and to their Canadian Muslim community. Family, devotion, and tradition are some of the main themes I feel exist at the beginning of the book.

The author is named Uzma Jalaluddin, and she is from Toronto Canada. Interestingly enough, she is a school teacher and just wrote this book which I think is awesome. She has received tons of praise and high reviews and ratings for this book. A link to one of her interviews is here: https://www.shedoesthecity.com/interview-uzma-jalaluddin-author-ayesha-last-summers-must-read-book. Ayesha, at last, takes place in Toronto Canada, where Jalaluddin lives, and she is Muslim, as most of the characters are.

I finished the entire book really early on, and it was honestly pretty easy to predict what was going to take place in the story. It is a pretty cliche romance novel stuff. Although, there are a few plot twists involving some of the main character’s family members that surprised me.

I have finished the entire book! It was so awesome and cute. The story is basically just a love story where people learn to change their ways and navigate prejudice in their community. One of the main themes is to be understanding of the beliefs and ideals of those around you, and to form mutual respect. Ayesha and Kahlid overcome all their differences and fall in love, and they solve their family issues. I know that those are the themes of the story because in the end, that is the message the book is trying to convey.

For the podcast, I shared the scene where Ayesha and Kahlid cook with Ayesha’s grandma at her house. They begin to realize they have feelings for each other and they have a romantic moment where Ayesha brushes crumbs out of Kahlid’s beard. I felt it was important to share because it advances the plot and helps to set up the romance.

The book is completely fictional, but it focuses on a specific culture/religion. It is centered around the Canadian Muslim culture. The three main things to know about Muslim culture are

2) The Quran is the religious text they read. They believe it is divinely inspired.

3) They believe in the five pillars, the obligatory acts of Islam