The book I used for my second book talk was Worlds Aligned by Gregory Felix. Overall the book was okay and I would personally give it 4 out of 5 stars. Although I feel like this book was meant for a younger audience than me because the plot felt more simplistic than I am used to so I would recommend this book to someone in 9th grade or maybe even middle school. The plot of the book follows a boy named Callan as he switches between two worlds. One world is pretty much exactly like ours with modern day technology and normal school, but the other world is much more medieval and fantasy based. Callan sets out on an adventure to recover the Alignment stones that used to be owned by his family and quickly makes several friends that he also has in the real world. Eventually after finding some alignment stones he figures out that he can also bring his friends with him and connect them to both worlds. 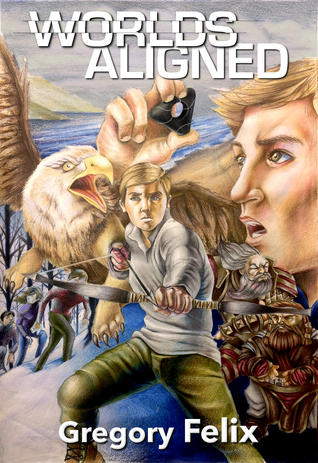