but i read hatchet by Gary Paulsen, hatchet is about a 13 year old kid named brian whos parents are recently divorced, and so he goes to live with his dad in canada

This is the first summer he will spend with his father alone since the divorce. Only Brian and the pilot are on the plane. Brian does not know the man’s name, and they don’t speak until they have taken off and been in the air a while. The pilot then explains the basics of flying a plane and lets Brian practice.

Suddenly the pilot has a heart attack, and he either dies or loses consciousness. Brian can’t tell which. Brian panics and then realizes he has to try to fly the plane. After some struggle he begins to guide it. He doesn’t know most of the instruments, but he identifies the radio and calls for help. He can only contact someone briefly, just long enough to tell them that there is no one who can fly the plane, before the connection breaks up. He calls for help over and over again for several hours. Eventually he concludes that he’ll have to land the plane. Not long after, the plane’s engines stop.

and basically after that the plane crashes and he has to live off the land for 54 days until he is rescued and i don’t wanna talk about any of his challenges cause i don’t wanna spoil the book, but i really like this book and the rest of the series of this book its really good and i love these types of books

i wasnt really here for a lot of planning but probably whatever it takes by imagine dragons just because it has alot to do with doig the right thing, i loved how we could relate it alot back to todays world and the soundtrack goes really good with the book, i actually really liked the book tbh and i dont really dislike anything about it, basically how he was treated made me the most angry and sad, i think that we read this book at a perfect time

the book was more about racsism and police brutality, and lots of the backround was centered around police brutality and how he got arrested for not really anything and talks alot about martin luther king and his trials so its kinda centered around that. and yes i really like the book and i think its a very good social justice book. http://https://www.google.com/search?q=dear+martin&rlz=1casfko_enus937&sxsrf=alekk01nwfgforhmjzqnuuvv22ievziytg:1615909248550&source=lnms&tbm=isch&biw=1366&bih=665&surl=1&tbs=sur:fm&safe=active&ssui=on

book show and tell, call of the wild 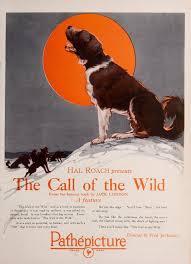 this book is about a saint bernard with a great life with the mayor of some state in the south i dont remebrr but then he gets kidnapped for a sled dog trade and taken to a warehouse where they beat him until he can barely move and when he gets traded he has to learn how to survive and how to be a sled dog and learn all the commands and stuff like thta but eventually he gits it down and he has a pretty good life after that it just takes awhile for him to get warmed up. and i thought this book was amazing literally one of my fav books and i recommend it to everyone.

we are left understanding that not all heros wear capes i guess, and yes humans play a huge role is stories like this because no you don’t have to have superhuman power to be a hero. i liked the conflict in the story a lot but i dont think i liked that the whole story revolved around steelheart and the epics we are going to be talking about revenge scenes in the story and our main theme is going to be revenge and we are gonna be focusing around that

i am goin to be doing the hatchet series and i do not have a picture cause i couldnt find one. and yes i have read one of these books but i wanna read more.

The United States, and other parts of the world, were changed forever when a glowing red light in the sky known as Calamity gave normal people superhuman powers and abilities. These people came to be known to humanity as Epics. The story is told through the perspective of David, an orphaned teenager living in Newcago . Newcago is ruled by the extremely powerful Epic named Steelheart, who has created a society run by other powerful Epics, with normal people living with normal jobs. Steelheart is apparently invulnerable, is able to fly, can hurl blasts of energy, and can turn inanimate matter to steel; he has turned all of Chicago to steel for kilometers around and into the ground. Newcago is also shrouded in darkness by Steelheart’s lieutenant, Nightwielder. Compared to other places in what was the United States, war torn, lawless and ravaged by warring Epics, Newcago is well run, with normal people generally having access to food, water, electricity, jobs, etc.

David’s father was murdered by Steelheart around the time of the collapse. When David was eight, he and his father were at a bank which was attacked by an Epic named Deathpoint who had the power to skeletonize people by pointing at them. Half the bank was killed when Steelheart came in and Deathpoint started to argue with him. During this time, David’s father grabbed one of the dead guard’s guns and prepared himself to kill Deathpoint, believing that Steelheart was a hero. When his father shot Deathpoint, the bullet grazed Steelheart’s cheek and caused him to bleed. Enraged, Steelheart killed David’s father and then proceeded to destroy the bank. David crawled into one of the vaults, which ultimately saved him from falling debris and isolated him from Steelheart’s energy blasts. Later, David was recovered by rescue workers, but ran away scared. This also saved him because Steelheart came back with another Epic named Faultline and sank the entire building into the ground, killing all other survivors. David later guessed that Steelheart did this because everyone in the bank had watched him bleed and had learned that his invincibility had a weakness. David dedicates his life to learning about the Epics’ power, Steelheart’s weakness, and about a group of normal humans dedicated to killing Epics, called the Reckoners, so that he can get revenge on Steelheart.

Near the start of the book, David makes contact with the Reckoners when he interferes with one of their missions. Among this group are the leader and founder of the Reckoners, Jonathan Phaedrus, who is called Prof throughout the book, Tia, Abraham, Cody, and the newest recruit, Megan. They first take David along with them because they fear that he could be an Epic who was sent to spy on them. The Reckoners plan to leave him behind after learning that he was a normal person who only studied them long enough to learn their habits. David convinces them to bring him along and work with him when he tells them that he has seen Steelheart bleed. After going on a mission to retrieve his notes, David convinces the Reckoners to try to kill Steelheart.

i don’t read that often so i wouldn’t call myself a “reader”. i couldn’t tell you honestly .micheal vey and just other books like hatchet,  ill read anywhere mostly fiction ,one at a time,  fiction