How i’m dealing with my boredom is nothing i’ve tried to become closer with my sister and it has worked. But sometimes she’s really annoying so i just stay in my room. But yesterday was my birthday and it was kinda fun even though i did nothing so that wasn’t the best but it was still a good birthday. Every Monday and Thursday i go to a speed training so that’s the only time i’ve gone to somewhere other than my house. But sometimes i’m at my best friends house so i’ve gone to 3 houses other than my own. But i’m just bored all the time so i try to distract myself so i’m not so bored.

When i first started reading Strange Fruit I didn’t like it because it was super dark and kinda spooky. It kinda hit me more as I read because the more I read the more i got attached to it. My first emotions were like this is super dark and scary but the more i read i felt more sad and I didn’t feel like it was dark anymore i just felt sad. What I think the author was trying to say is how unfair it was for the blacks because they were a different color. When it was talking about the smell how it was sweet and fresh and then the burning smell of human flesh. Were they trying to say that when they were hung did they also burn them? That part of the poem was a little hard to believe.

I think Atticus is right when he talk about how people have blind spots just like the rest of us, to me i feel like what “blind spots” are like some mistakes or bad things people can do. I know everyone is a good person but of someone does something bad doesn’t make them the worst person on the planet for it. Yes people do bad things but still everyone makes mistake and that could mean a blind spot. If someone make’s a mistake they could of possibly done it blindly like they didn’t mean to do that mistake like they didn’t mean for that to happen.

How i feel about Miss Maudie being so religious is it feels like my mom. My mom is so outgoing with the church she reminds me of how she acts and talk about her religion. But I feel like what she is trying to say is that there are kinda like 2 people in this world of how they feel about there religion. I think the first person is like so outgoing and believes hardcore into what they want to believe. Second person to me feels like the people just don’t care what people have to say about it or just don’t think its true.

What climbing into another person’s skin really mean to me is looking another persons point of view or look through there point of view to the world. But honestly i feel like if someone actually did that has got to be pretty gross and like a horror movie. How it could help is understanding what there view is and maybe seeing how we shouldn’t just understand what there view looks like on the point of thing. I feel like i do this sometimes but honestly i think i should do that more and understand why they feel that way and not just looking my point of view, because i always never see how there looking at it and seeing how i should understand them more.

I’m not really sure where I come from but I know that I was born in Provo Utah so I guess that’s pretty cool. Honestly I wish I wasn’t born in Utah because i feel like if i was born in like California or out of state like somewhere cool i’d love to brag and say yeah i was born in like Flordia, but sometimes i’m glad that i was born in Utah because if i wasn’t then i feel like i wouldn’t move to Utah and I never would have met my friends. I live in Utah because my mom’s dad moved here because of the navy and my dad was just born in Utah so they’ve lived in Utah there whole life. My grandpa still lives in Utah and same with the other side of my family. I’m not really sure why we’d live in pleasant grove but it’s because my mom always says how much she loves pleasant grove. 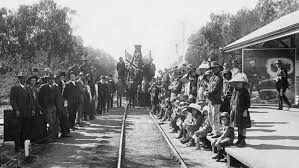