The story that I read was about a guy named He-man who was teleported away from his home to a place called The Land. The beginning didn’t catch my attention as well as I would have liked it to but it explained the beginning and a lot of the stuff that had happened before the time in which this story takes place. The story was pretty good but in the beginning there was a lot of repetition. I thought that the middle and end of the story were pretty good and the story ends on a cliffhanger that could lead to another story. I think that people who like action will like this story. I give this story a 7/10 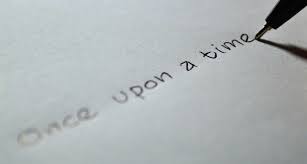