I believe you really should try your hardest to treat everyone around you with as much respect as you would want in return. It’s the golden rule to treat others how you’d want to be treated and it sucks when people forget about or never have heard of the golden rule. The biggest part of my code is the golden rule, treating others how you’d want to be treated and no worse, and if possible, treat them better than you would want them treating you because everyone deserves the best treatment they can get in this world. Especially right now we really have to come together with this pandemic (not physically. Stay home guys) and help each other through it. Even just going on minecraft with your friend group for a few hours and gaming together is helping each  other through this, it doesn’t have to be and shouldn’t be unpleasant to you to help others. 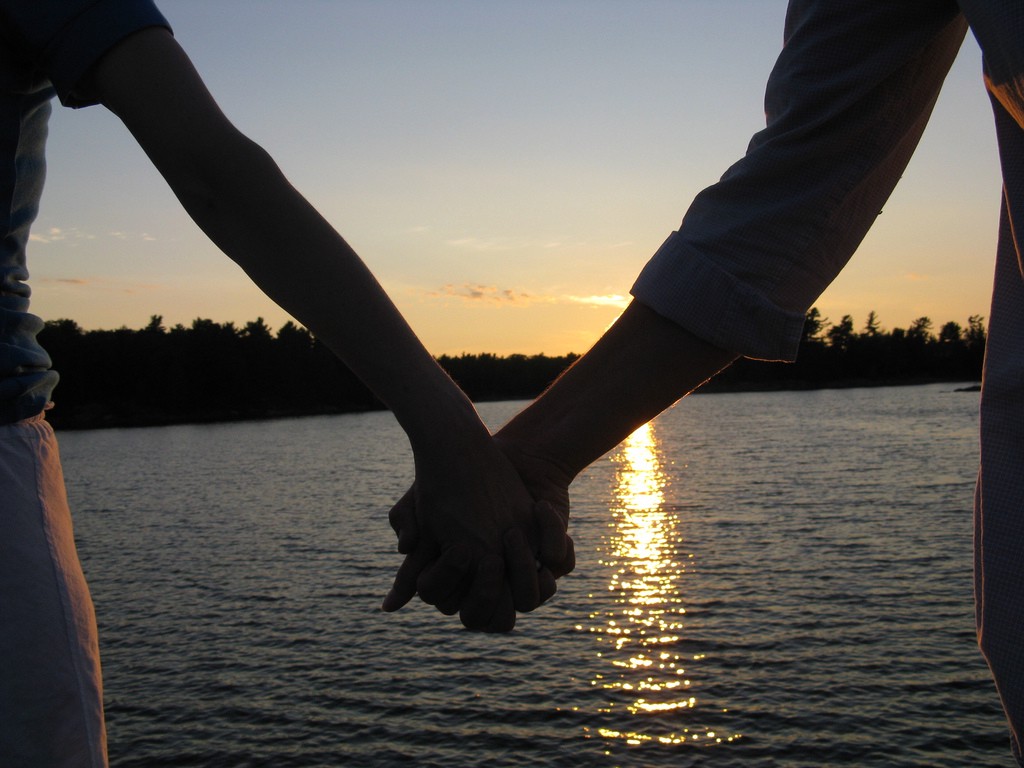 I think Atticus is a very level headed, calm, and collected person. He knows when a situation is still in control and he doesn’t worry before the time to arises. This makes him a really good lawyer since he can stay so calm and collected, it also makes him a good father, he shows emotion but he doesn’t show too much, he doesn’t stress out his kids by constantly worrying about everything and anything. Atticus has plenty to worry about but his mentality he decides to have on all of that makes his life easier as well as his clients and his children by constantly reassuring them and not wanting them to be stressed, as well as keeping himself calm.

I think this poem shows a lot about how people had a lot of dreams until the great depression hit. The american dream was a real thing but the great depression was realer and hit people hard. White people yes, but black people probably had an even harder time finding well paying work to support their families.

I liked the poem because it made me feel like I  was kind of in that time period, I had to put myself in the shoes of the people who went through that and think about what it must have been like for them.

I think the author was trying to get across that dreams no matter how big or small don’t go away if they’re truly dreams, they’ll follow you and they’ll always be in the back of your mind until you’re able to accomplish them even if you push them away. 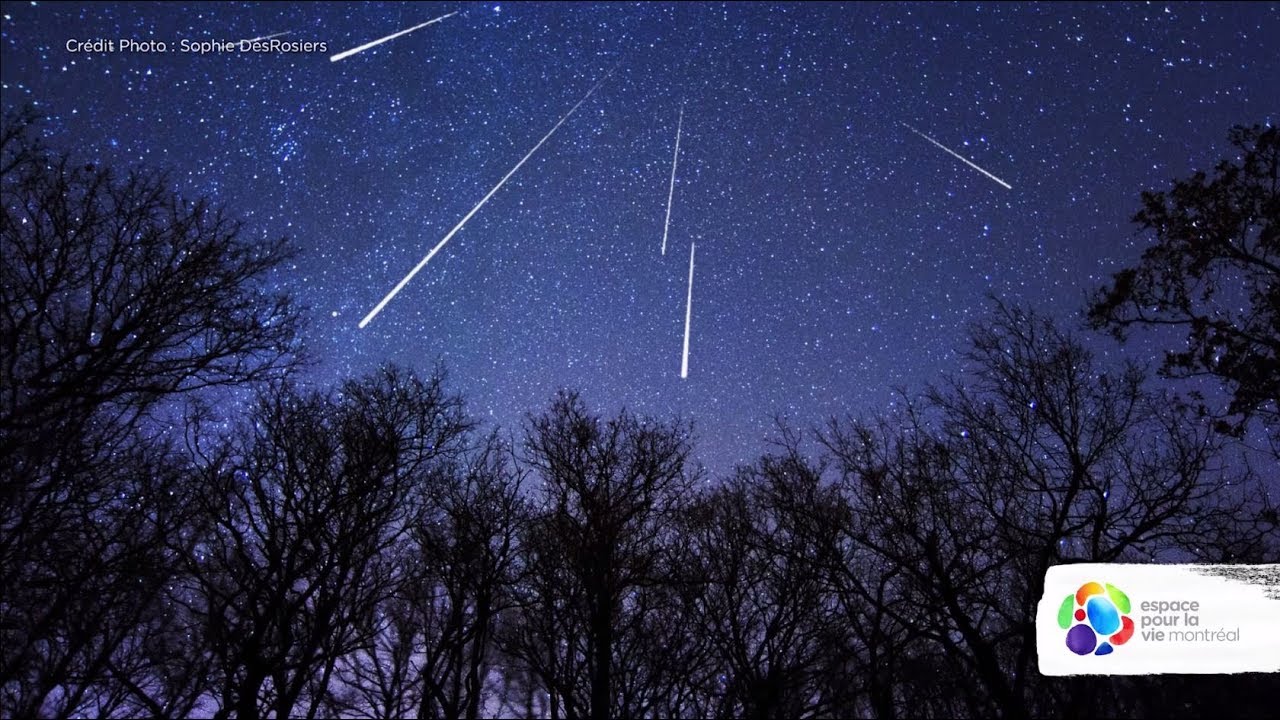 Mayella Ewell lives with seven siblings, all of which she’s probably in charge of taking care of herself, it’s not likely her father puts in much effort towards their raising when they can raise each other, and their mother died a long time ago.

It is highly likely that Mayella has to deal with abuse from her father on a daily basis since all the evidence pointed to her father beating her rather than Tom Robinson. Mayella could easily get beaten anytime she does something her father disapproves of (such as try to kiss a black man) and we surely know she deals with verbal abuse since it said in the book her father called her a wh*re.

I think Mayella is scared to tell the truth and she’s probably being threatened if she does, I am guessing that if they can make sure she’s safe from her alcoholic father, she’d tell the truth. 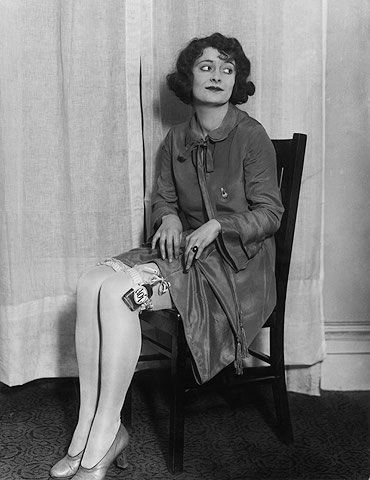 During all of this I’ve ironically gotten pretty sick so I was stuck in bed for the first week of online school which required a lot of catching up. Besides catching up, now I’ve mostly been playing video games like Minecraft and reading.

I don’t have a ton of homework. I’m going to have to catch up in my PE class because I’ve been sick so I haven’t been able to do the stuff we were assigned. Besides that I don’t really have anything stressing me out about school.

The human race has been through a lot so far so I’m not too concerned about the future but there will be a lot of side effects of the coronavirus in places like economy and health care that could be scary. 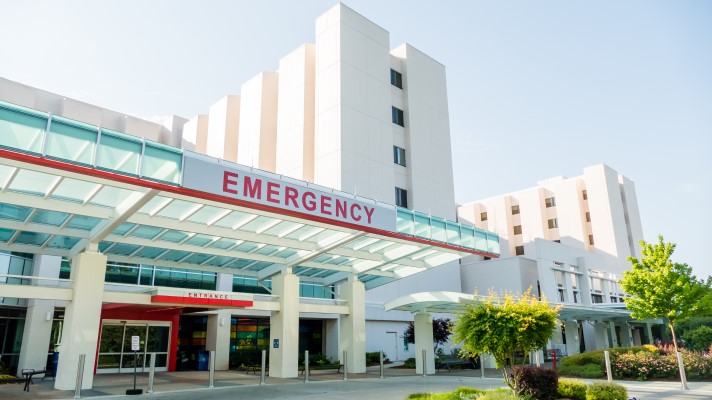 I think Atticus wanted his kids to realize that there is good in just about everyone, and people can be blinded by alcohol and rage, they weren’t sober or calm when they came to lynch Tom, they were drunk and mad. Ready to kill him without a second thought and anyone who stood in the way.

I don’t think it’s possible to truly be a good person and want something so terrible for an innocent person, but these people didn’t believe Tom was innocent. They believe he was guilty of a horrible thing himself so what is there to make them not want to hurt him? 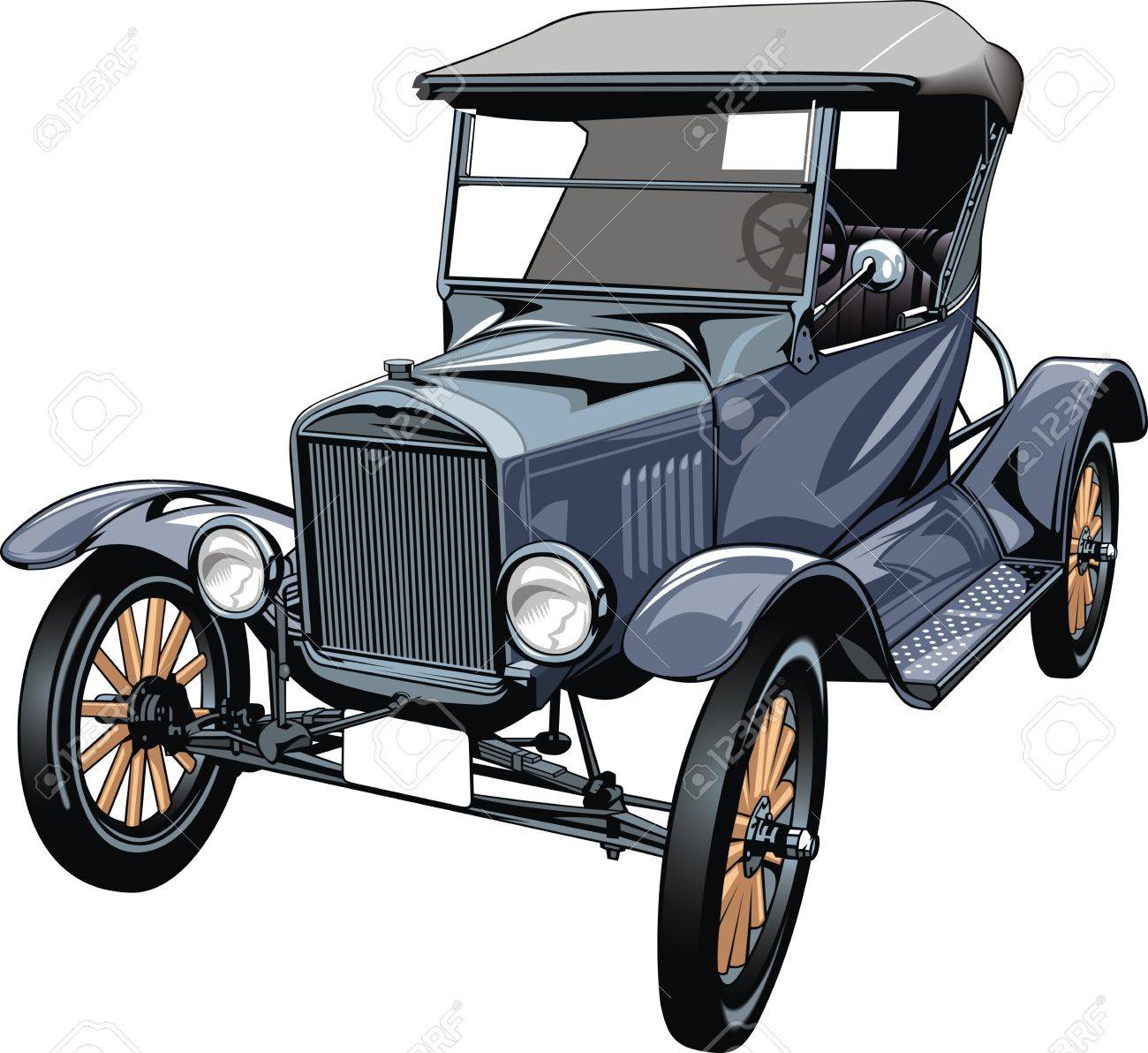 I liked the poem because it does a lot to represent how life was for black people at the time that it was written. It hurt to read a bit because even now we have come so far but people are still incredibly racist and judge people left and right based off of their looks or something they can’t control.

I think the author was trying to make people see how brutal humans were being to each other by using something as fragile and beautiful as nature as a metaphor. I think this is a good approach because sadly more people connected to nature than probably cared much about their black neighbors.

This reminded me a lot about to kill a mockingbird and tom because Tom is so automatically judged and most of his neighbors and people who surrounded him who were white wanted him to die, some people even came to lynch him.

The definition of courage given by Atticus in To Kill A Mockingbird is something I think is a good way to view things. Courage isn’t starting with an unfair advantage, courage is starting below or equal to what you’re facing and going through with it anyways.  My idea of courage isn’t a lot different from this, anybody can find the bravery to face something if they have the upper hand, it’s people who are below what they are facing that need that courage.

I had to find courage once when I was snowmobiling with my grandpa and his girlfriend up in Fairview at night (Let us note it wasn’t my idea) and he drove off a 11 foot drop, catching his leg on the handlebar of the snowmobile (which landed nose down in the snow) and breaking his femur. His girlfriend was running around like a chicken with her head cut off but since I was used to injuries while snowmobiling and knew how to handle them I was able to get her a bit calmer and we moved him onto her snowmobile and he was able to drive himself out while I drove after him on my snowmobile with his girlfriend on the back and we made it back to the truck and left the trailer up there so that my grandpas girlfriend could drive us down to mountain to the hospital. 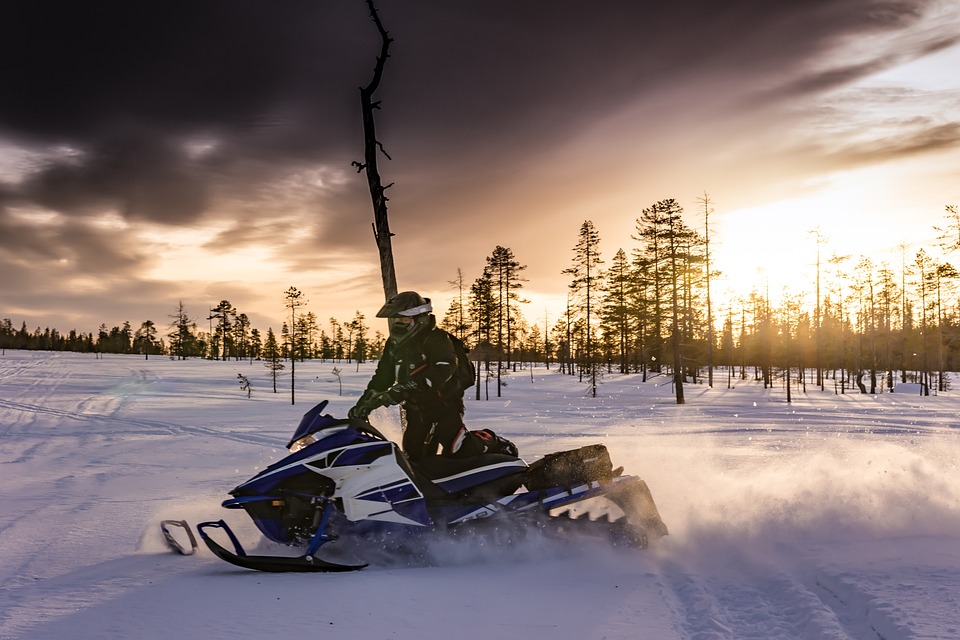 I think more people than we think are going through false allegations, people are very quick to jump to conclusions due to their biases.  If a white girl falsely claims she was abused, people assume that is true without much hesitation, if a black male rightly claims he was abused, people assume he was the abuser. The way these things works has changed a lot but being black still can affect things a lot.

The fact that Atticus defended Tom says a lot for the way things have changed, that was the start of it, even though this story itself was fictional, there had to be someone like Atticus who originally decided they’d actually try to defend a black man and not just put up a show or try to convince them to plead guilty.

It puts his family under a lot of pressure, hate, and danger, but he is willing to do anything to protect them from that and besides Cecil, nobody has gotten physically violent with them yet, I think it’s a heavy risk he took but I don’t thing it is an unworthy risk, I’m not sure how I’d feel about putting that onto my own family, though. 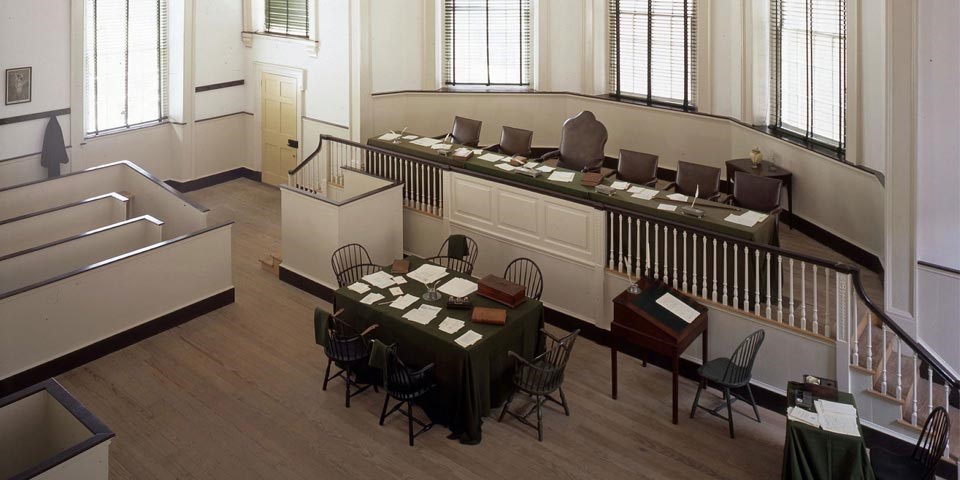 I think there are a lot of people who allow religion to run and control their entire lives, they don’t have a huge sense of independence to them and they don’t accept newer ideas because of it a lot of the time.  People who believe anything that is pleasure is a sin would basically live their entire life without those pleasurable things and often times they can be disrespectful about that and think that other people should be forced to live the same, pleasure free lifestyle as they do.

I do not personally have experience with these people, I have a lot of conservative family members who are on the more extreme side but I don’t know anybody who think anything enjoyable would be a sin. Most of us live for pleasurable things, and going off of that, a lot of people love things like eating, drinking, sleeping, which would make that belief hard to follow. 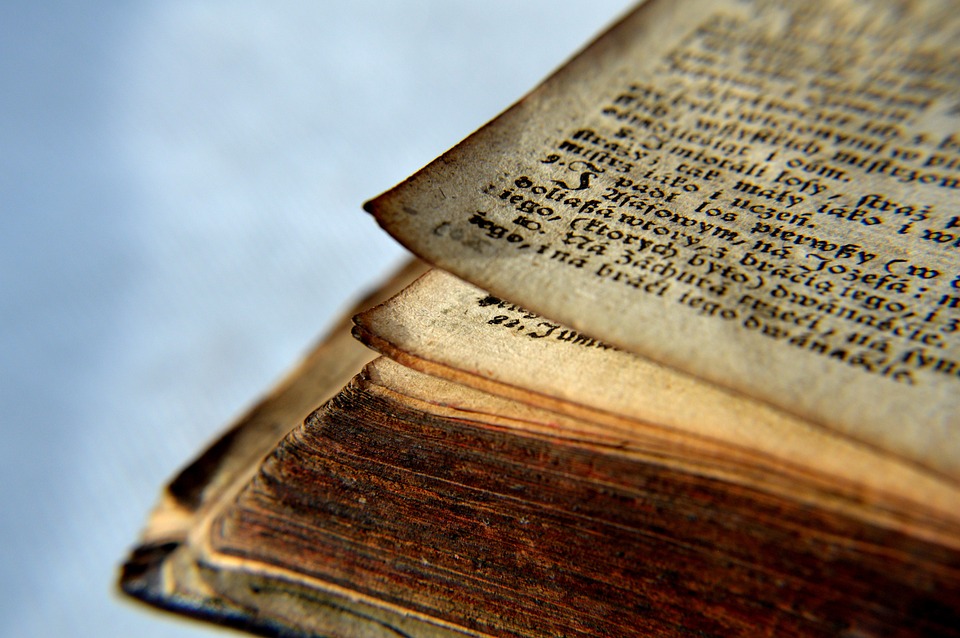