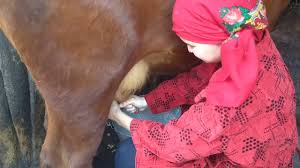 I found my news article with the help of Ebsco. The source for the news article is USA Today. In this article it talked about cattle in Kazakhstan. While it might seem as though cattle has little to no importance in learning about Kazakhstan, I found it to be very useful. I found it to be very helpful in describing the conditions that Kazakhstan was in. The article talked about the conditions of there beef plants. Not only was I able to depict the conditions of the beef plants but even a little bit of life in the home. This was because in the article it talked about students needing to teach the citizens how to properly cook meat. They need to teach them to grill the meat rather than boil the meat. The article often talked about how Kazakhstan was getting into the beef industry in hopes of gaining more money. These three points show us that Kazakhstan is in a state of poverty.

Foster says “Few of Kazakhstan’s beef exports are likely to find their way to the United States, whose 1.17million metric tons of exports in 2013 ranked it fourth globally. That’s primarily because of the hefty shipping costs to export to such a distant location.” This is directly telling us that Kazakhstan does not have the money required to ship their beef products across long distances. If they do not have the money to make more money, it is likely that they are in a state of poverty.

In conclusion the country is in need of money. They are definitely in a state of unrest as their beef production is struggling to boom. Because of this lack of money and struggle to expand their beef exports, they have little to no effect on America. People living in Kazakhstan are needing to be taught how to properly cook meals as well as how to maintain basic sanitation. With hopes Kazakhstan will resolve their problem of requiring money to gain more money through their beef exports.

The population of Kazakhstan is 18,885,401 with the majority of the people living in the city Almaty. The capital city went by the name of Astana but was renamed to Nur-Sultan – the capital of the Republic of Kazakhstan. In Nur-Sultan there are currently 1.002 million people. Another major city which is considered to be the third largest is Shymkent. This city was settled originally because of the caravan route from central Asia to China.  According to the editors of encyclopedia of Britannica, “The city has large lead, automatic-press, and cement works, with a chemical industry (processing phosphates from Karatau) and food and light industries.” There are two main languages spoken in Kazakhstan, these two languages are Kazakh, and Russian. Kazakhstan has one of the lowest population densities globally. Economic growth is slow and weak due to states excessive involvement in the economy. The unemployment rate is at around 5 percent even though the percentage of people without jobs is likely much higher. The most practiced religion in Kazakhstan is Islam with around 70 percent of the population practicing this religion. The next closest religion is Christianity with that being around 26 percent of the population.

Soviet rule breaks out in Kazakhstan around 1920. Then in 1986 anti-soviet protest arise. With independence from the soviet union being declared in 1991. Kazakhstan is the 9th largest country by area in the world but has one of the lowest population densities. Kazakhstan also has the main launch locations the past Soviet and new Russian space explorations.

Theme by Anders Noren — Up ↑