Today I practiced my violin for the entire class. I practiced the song “Perfect” by Ed Sheeran and it was a blast because LOVE playing my piano. I have loved

So way back when we were told we had to pick something to learn or do, I decided that learning to play the violin would be crazy awesome. So I set off on a mission to learn how to play. My end goal was to inspire people to do hard things and that you shouldn’t give up because I can’t even express how hard it was to just start playing the violin. The majority of my time on the project was spent at my house. The people involved in my project were my mom because she spent countless hours practicing with me, and my wonderful teacher Leslie because she pushed me to do really hard things.

So the week before spring break I couldn’t play my song without screwing up and I got so mad that I decided I was going to quit and start doing something else, but my mom told me that there was absolutely no way that was going to happen because I had already put two months of effort into it and at the very least 10 hours. So I had to pick up my instrument and screw up over and over again until I could do it correctly. I will always remember that moment when I had to keep trying even tho It was hard.

I can’t say my BIGGEST success was performing for everyone I would have to say that the real success here was making my mom proud. She had faith in me and believed I could do it and when I finally did do It I saw how happy she was and It made me feel amazing.

Today I learned how to play the song Lightly Row on the violin. The next step in my process is to have lightly row completely memorized so I can work on elbow bowing. For self evaluation I feel like time well used I’d rate myself a 4.

Today I went out into the hall and played my violin. After 30 minutes I practiced my dance routine. When I came back in I learned about brain training. If I train my brain it will be able to pick up information easier. The last 10 of our work time I was on luminosity which is a brain app and I started strengthening my brain. The next step I’ll do for next time is focusing on the dance portion of my project. So far I’m super excited with how my project is going. I am loving my subject and I’m happy with my decision to study this.

Today during sips I learned about the brain and what it does and how it associates with dance and music. The brain uses the motor cortex, and primary sensory cortex. They both control movement and memory that has to do with motion. The next step of the process is to bring my violin and practice my music.

I have numerous passions so it was really hard for me to choose only one… so I didn’t… I chose two. Yep I know i’m a cheater but Mrs. Lund gave me permission so Ha! The two things or passions if you will, are dance, and the violin. You may be asking yourself “How do those two have anything to do with each other?” or you’re not thinking that at all because I don’t know your life. But the answer to that question that you probably weren’t asking is, almost nothing. But The real question is what isn’t similar? That is the very question I am planning on answering. The three questions I have are:

My project will consist of me learning to play the violin and comparing it to learning a new dance or routine. The expert that I will choose and interview is my violin teacher.

All about me. Well I am a girl, but judging by my name you already knew that, but if you didn’t know, now you do. I was born on a day like today, cold. Don’t ask me my birthday because I wont tell you, because it is one of my least favorite days out of all 365 of them. What do I do in my free time? Well first thing is I don’t know what free time is because I don’t have any. I spend my days dancing and sleeping. Yep that’s about it. I dance more hours than I have fingers and toes and that’s solely because its my passion. I am on Pleasant Grove High schools Varsity ballroom dance team and because of being on that team and dance 3 hours before I even go to school on A days. Yep you heard me right, I wake up at five on A day mornings so I can go to dance and then go to school. I don’t know what picture to use so heres a picture of a potato just to brighten your day 🙂 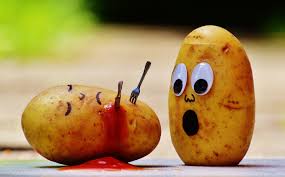