I am reading the book caminar by Skila brown i am at the point were he finds the other village Patrichal he got there two warn them of the rebels that are coming but it was too late and the village was destroyed but he was just in time so everybody was safe.

The book talked about the civil war in Guatemala and the destruction that happened to the village it is based on the main character carols and tells his story. More than 200,000 people were killed over the course of the 36 of the civil war that began in 1960. peace final happened when the rebels beat them and voted for a new president.

of guatalmal is based on Mayans and Spanish and shows threw there language and religion. guatalmala stands for land of the trees. and they speak 20 different languages.

I am reading the novel Caminar by Skila Brown this book has been a very interesting read and because how the auther wrote the book in poems and makes the book fun to read. the themes or messages in the book that i have seen are be strong and never give up because even though his village was destoyed and mom died he always keep moving forward. what i expected for the end of the book is that he will find a home and friends to live with. the author is Skila Brown she goes to college at fine arts in Vermont and lives in Indiana wither her husband and three kids. the reason she wrote the book is because she has visited Guatemala numerous times and has always been fascinated with there cutler and history. she has also has a second job to work at a children nursery.

i am reading caminar were i am in the book right now is were he get to the people of patriarchal and they are attacked and have to hide in the trees for safety. he talks about all the sound and smoke and how everyone was alright after begin attacked and how scared he was looking for people in red bandannas in the black smoke. its really scary to me that people had to go threw so much tragedy because of the war even though they were incest. and how they lost family and there home.

the most interesting about the book is why the book was written in poems and how the writer can get carlos feelings and emotion so clearly threw the book. 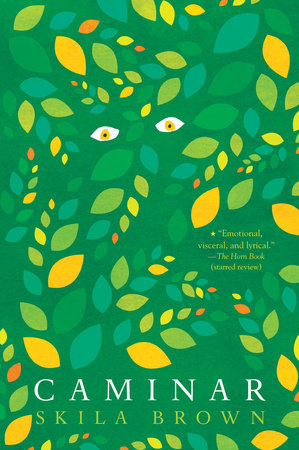 Hello, my name is Brayden Naumann and I am a reader of science fiction, action, and many other genres. I started reading when I was in Kindergarten at ALA and enjoyed reading Scary Stories, Toad and Frog, and Magic Tree House stories. I enjoyed reading in my bedroom on my bed, that is where I was most comfortable and could really get into a good book and read for hours.

Today I like to read the Maze Runner Series, Hunger Games, Diary of a Wimpy Kid, and Percy Jackson. But my favorite book that I have read was called Unwind. I like to read one book at a time, mainly because I like to read series and when I get into a good one I can’t put the book down. My favorite type of books to read would have to be Science Fiction.