who am i as a writer 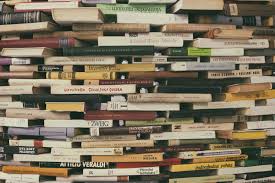 By Jairo | Uncategorized | No Comments

By Jairo | Uncategorized | No Comments

Not a long time ago me and my friends went to the mountains and i’m just gonna say it didn’t end as planned.

So it was a friday morning on a bright summer day i dislike the sun because it just burns me and makes my nose bleed but that’s not important, me and a couple of my friends had planned to go to tibble fork, which is a lake up in the mountains. We actually decided to go camping for the weekend so i got ready and before we went we picked up everybody then we drove up american fork canyon, the air was cold and it smelled so fresh we kept going not knowing what would happen.

As we went up deeper and deeper into the mountains looking for somewhere to camp we saw a spot on the right side where the river was so we parked got out got our tents and our backpacks and started to set up my friends parents brought their trailer so we had to go and clean it up from the inside. After we were done setting up camp we went to walk around and we found a part of the river where it went under the road and there was like a tunnel so we started to go in that then two of my friends ended up slipping and falling in the water so we all went to change into our water clothes and then we got in the river and started walking in it, it  was shallow and very very cold but it was whatever also one of my friends had a giant spider by his foot and he fell completely in it was so funny to watch as we were walking a branch whipped me in the face and i got a giant cut under my eye. A while after we got tired and went back to our camping spot, we all changed and my friends parents left back down here to pick someone up, so us teens were left alone in the camper. We all sat down in different spots then we all got something to eat we were literally doing nothing at all just there chilling so yeah. Well time passed and it was around five thirty ish and we went to explore in the woods we went up a bit deeper into the mountains we then saw a tree that was knocked down and it was over the river so we crossed the river and started walking, i was very worried we would get lost or something but i was with 4 friends so i wasn’t that worried but i should have been.