One of the songs that jumped out at me was “Hands Up” by Vince Staples. this song has a line that talks about how a persons skin color can get you arrested. I think this is important because Justyce’s experience with getting arrested is what started the whole story. Another song that I thought represented the story well is “24” by TOBi. The song talks about how black people are seen as a criminal automatically, and they have to do more than others to get rid of that assumption. In the novel I liked that the characters all had unique problems and opinions because it helped give more of a fuller story. Some things I liked about the soundtrack are that the songs are all different, and they show a different aspect of the story. The only thing I disliked about the book is that sometimes it felt slow, and was kinda boring to read. The biggest thing that made me angry in the book, is how biased the media and courtroom were after Justyce and Manny got shot. Overall, I liked the book and I think it was worth reading.

The first picture is of a parking lot. This relates to the story because it was where Justyce was wrongly detained, and this event started the whole story.

The second picture is of airpods. This represents the music Justyce and Manny were listening to when they were shot at the red light.

The third picture is of a handicapped logo. This represents how Manny was killed and Justyce was severely injured after they got killed.

I feel like the author wrote it somewhat believable. The wrongful arrest, and the conflict with Jared are believable. However, the ending where they get shot multiple times for playing music loud is pretty unbelievable. But I think the point of it was that it is supposed to be unbelievable to show that even in the most obvious cases, black people are still blamed. I liked the book, it was a short story with good character development and lessons taught in an interesting story.

Red Rising is about a society that is based off of blood colors with the reds being at the bottom, and gold’s at the top. A red is genetically turned into a gold and goes to a hunger games type competition, to become a powerful gold. And start a revolution. I liked the story, and the characters. I recommend the book to anyone who likes action and survival type books.

END_OF_DOCUMENT_TOKEN_TO_BE_REPLACED

After the book we’re left understanding that heroes and villains are similar. I thought this because, Meghan turned out to be a hero and a villain, and Prof was an epic. The book also shows that you don’t have to have superpowers to be a hero, because the Reckoners were pretty much powerless (except for Prof) and they still killed one of the most powerful epics in the world. I liked the fights between the Reckoners and epic’s, and I wish they wrote more about Meghan’s involvement with Steelheart. We’re focusing on the theme of revenge because it seems like one of the main morals of the book, is to fight for something other than revenge. 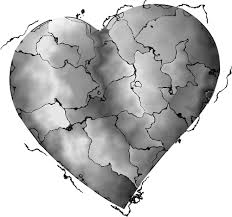 For the book series project, I’m going to read steelheart. I chose it because we’ve already started, and I like it so far. I don’t have a plan for reading the series, I’m just gonna read whenever I have the time.

The most comforting thing is, when it’s raining outside and I’ve got a book to read. It’s also good when books on a book shelf are lined up perfectly. I also like when the characters in a movie adaptation match what I imagined. It just brings you into the story way more when the characters in a movie seem the same way they were in the book. Some book have a really strong book smell, and I really like that. The book that has pulled me in the most was Michael Vey.

Steelheart grew up as an orphan. His parents both died in a skydiving accident. Steelheart was abnormally taller than the other kids, but was very gentle. The orphans would push him around and make fun of his name. Saying things like “What does Steelheart even mean? Why aren’t you named Brad, or something?”.

Despite this, Steelheart was always kind to his peers, and never stood up for himself.The defining point in Steelheart’s transformation to a villain was when he was 15. Steelheart had just gotten his lunch, and was walking to his seat when the leader of the orphan bully’s approached him. The kid reached out and pushed Steelheart, while his followers tripped Steelheart from behind. Normally Steelheart would just clean himself up, and wait until dinner, but the bully just spilled his favorite meal all over him.

With mashed potatoes on his chin, Steelheart felt rage for the first time. ” YOU PUSH ME ON MASHED POTATOES DAY!!!” Steelheart yells. The other orphans begin to realize their mistake when the huge figure of the bullied orphan stands up. “C’mon dude you can have my mashed potatoes” says the leader of the orphan gang. But Steelheart didn’t care about the mashed potatoes anymore, he wanted revenge.

The years of torment all built up in Steelhearts mind. He pushed the orphan followers farther than what should be possible. Then he went for the leader. Steelheart grabbed the orphan by the head and smashed his face in a tray of food. ” How do you like food now” he say’s. Steelheart wanted to do more, but before he could, the fight was broken up by the orphange caretakers. After what happened in the cafeteria Steelheart was banned from eating mashed potatoes forever, but that didn’t matter. Steelheart had felt power, and he loved it.

As a reader, I don’t really like reading. I first learned to read in elementary school. My favorite books are, Percy Jackson, Ranger’s apprentice, and Michael Vey. I like to read at my house, and the book I most recently read is the Book Thief. I like to read one book at a time. The type of books I like the most are fiction, and historical fiction.