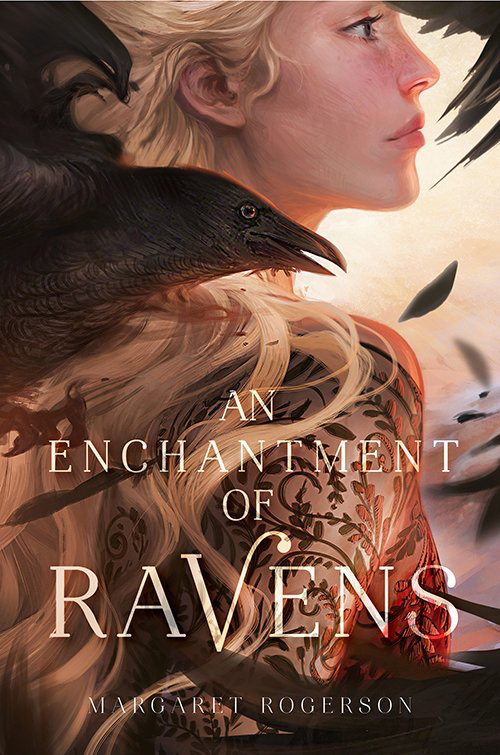 For my second book talk of the year, I read An Enchantment of Ravens. It is about this girl named Isobel. She is a regular girl who loves painting. She commissions paintings for the dangerous fair folk. One day the Autumn Prince, Rook, enters her studio for a portrait. She finds herself falling in love with him as he comes back every now and then so she can finish the portrait. However, she finds a flaw in his eyes, a piece that looks almost human. She paints them how she perceives them, and thinks nothing of it. When she is finished, she sends off the painting to the autumnlands. Rook comes storming into her studio days later, enraged at the flaw painted on his portrait. The whole autumn court has seen the portrait, and sees the glint of humanity in Rook’s eyes as a weakness. To save his seat on the throne, Rook is determined to bring Isobel back to the autumnlands to stand trial. This book is about their journey to the court.

I was super excited to buy this book. It looked like a picture perfect fantasy romance, and I was all for it. I, however, was very disappointed. The plot was not very solid. The author’s writing was pretty confusing, and I felt that it either moved way too fast or way too slow, so not very consistent. I feel it would have been a better book if more thought had gone into the structure of the world, and the plot. I also felt that Isobel didn’t really have much of a personality. I didn’t really get to look into her thoughts as much as I would’ve liked. It’s not really clear what kind of a person she is.

Overall, not my favorite, but I would recommend it to anyone who likes fantasy, with a little bit of dark, and romance (of course).