On Not Being Seen

In A Monster Calls, Harry tells Conor “I don’t see you anymore.” Then the Monster comes and tells Conor the third tale. The third tale is about an invisible man who wants people to notice them. So, he calls the Monster to make them see. While this is being told to Conor he is beating up Harry with the Monster’s power. I think that while Conor doesn’t want everyone to “see” him and give him instant VIP treatment because of his mum, he does want just one or two people who can understand what he’s feeling.  However, because he’s going through puberty and isn’t sure how to deal with life he’s feels like he hast to push away people like lily who can actually relate with him. I think that it’s important to understand what Conor is going through because he doesn’t know what to feel so he pushes everyone away, which is exactly the opposite of what he truly wants. What Conor, and anyone else going through something like depression, needs to do is get help and talk to other people and what can feel for him.

In “A Monster Calls” the monster comes and shows Conor a dream about a time where the monster destroys this old Parson’s house because he wasn’t true to his beliefs. I think that in order to stay true to ones beliefs one has to truly believe them. I don’t think that the Parson fully believed what he was teaching. The Monster also tells Conor that belief is half the healing. So, with Conor’s mum dying from cancer if she believes that she can be healed. But more importantly I think that if Conor accepts that he can make it through his mum’s death than he can find the strength to stop being a jerk and get help.

There is not Always a Good Guy

I think that just because most of the time our stories have people who are 100% good and 100% evil that often we think that it can’t be a good story if it doesn’t have this. However, I think that the best stories (Harry Potter, To Kill a Mockingbird) have people where they don’t quite fit into this mold perfectly. Harry Potter in book 5 is a jerk that nobody likes, and Scout doesn’t get along with her aunt. Yet these stories still have lessons to teach and also even if they don’t they’re still good simply because they’re down-to-earth.

I think that while the monster says that he didn’t come to teach Conor a lesson of kindness he’s still giving a lesson and I think that he outright tells conor what that lesson is. People are not always perfect and perfectly evil.

Context: “Although I had never been one for hunting – on the contrary, I had always looked upon it rather critically – at that moment I was gripped by the desire to flee this unfamiliar environment and roam the countryside with a dog at my heels, observing at close proximity the comings and goings of the natural world… I snapped out of my reverie.”

Dictionary Definition: “a state of being pleasantly lost in one’s thoughts; a daydream.”

Context: “The Reichsmark was no longer legal tender, even though others – probably some clueless dilettantes on the side of the victorious powers – had clearly adapted my plan to turn it into a European-wide currency”

Dictionary Definition: a person who cultivates an area of interest, such as the arts, without real commitment or knowledge.

Ammon Definition: Someone with a half-hearted interest

Context: “The Reichsmark was no longer legal tender, even though others – probably some clueless dilenttantes on the side of the victorious powers – had clearly adapted my plan to turn it into a European – wide currency. ”

Dictionary Definition: ” an unconditional offer of money or service in satisfaction of a debt or obligation made to save a penalty or forfeiture for nonpayment or nonperformance”

Context: “the Reichsmark was no longer legal tender, even though…”

Quote: “My brain required the stomach of an ox to digest the other information I managed to unearth. One had to disregard the press’s miscalculations on matters military, historical, political – on every topic, in fact, including economics – the result of either ignorance or malicious intent; otherwise faced with such reams of foolishness, a thinking person would simply go insane. Or one would develop and ulcer from reading the scribblings of the syphilitic, degenerate minds withing the gutter press who, manifestly freed from all state control were at liberty to publish the sick and profane view of the world they had dreamed up. ”

Context: Hitler has just woken up in 2011 and is staying with a newspaper kiosk owner where his only source of information is from the newspapers the guy sells.

This Makes me Think: It gives and interesting insight as what life might have been like under Hitler’s control. Hitler controlled the press so that the people believed from every angle that whatever Hitler believed was true. You know how we’re taught to go over sources to verify their legitimacy? Schools in Nazi Germany could have taught that whatever the press said was true, was true. Because Hitler controlled the press, what one newspaper said, then all the newspapers said.

Context: “One would develop and ulcer from reading the scibblings of the syphilitic, degenerate minds within the gutter press who, manifestly freed from all state control,  were at liberty to publish the sick and profane view of the world they had dreamed up”

Ammon Definition: one would get sick

Quote: “We all know, of course, what to make of our newspapers. The deaf man writes down what the blind man has told him, the village idiot edits it, and their colleagues in the other press houses copy it.”

Context: Hitler has just woken up in 2011 and is staying with a newspaper kiosks owner and is talking about all that he can get information from is the newspapers.

This makes me think: You know how everybody talks about fake news like it’s a big new story rather than recognizing that we all already knew that newspapers were not entirely trustworthy. Most of the people I know already were aware that newspapers have a job to take normal news stories and inflate it up to extremely large lengths. A good example of this is the fake news story which was already known by other people. 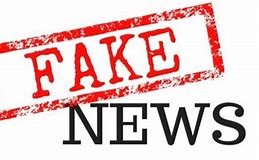